Containers are not a new concept but using them was quite complex earlier. Docker made great contribution in simplification of containers and created buzz in the world. Are you interested in learning about this powerful container software? Then enroll in the Best Docker training institute in Chennai and get started with Docker.

Docker is an open-source technology. It lets complete independence between applications and infrastructure. Developers and IT Ops can tap their potential and hence form better collaboration and innovation using Docker. Docker is an ecosystem of pertinent tools to build, deploy and manage virtualized application container on a common operation system. It offers container software that is appropriate for developers and teams who want to get started and are exploring container-based applications.

Pre-requisites for taking up Docker classes in Chennai

Who can Attend Docker Certification Training?

Web developers, system administrators, application developers or IT professionals who wish to apply Docker to form their IT infrastructure and enhance the efficiency of their servers will gain from this course. Even DevOps engineers, architects, web developers, testers, release engineers, software engineers, solutions architect, cloud managers, DBAs, and candidates wishing to shape their career in data science can gain from this course. Anyone who wants to streamline environment configuration management and deployment can also find this course beneficial.

The most significant reason behind the huge embracing of Docker is that it is lightweight. Docker images are much lighter for deploying. Docker Hub has reached the stage of offering a comprehensive ecosystem for sharing and distributing images besides maintaining existing deployment.

Docker is the most famous technology for automating the formation and deployment of apps in containers. It is a lighter weight type of virtualization. The key lies in freeing developers from software and infrastructure dependencies, reducing costs and forming efficiencies in the process. Hence there would be good career scope for those trained in Docker.

Why do Developers Prefer Docker?

Developers can create any app in any language applying any tool chain with Docker. Dockerized apps are entirely portable and can run anywhere. Developers can work swiftly by beginning with one of the 13000+ apps present on Docker Hub. Docker controls and tracks changes and dependencies, making it simpler for sysadmins to comprehend how the apps that developers create, function. With the help of Docker Hub, developers can automate their build pipeline. To be precise, Docker assists developers create and ship good quality applications swifter.

Why Do Sysadmins Prefer Docker?

Sysadmins make use of Docker to take advantage of standardized environments for their development, production teams, and QA. Moreover, standardizing on the Docker Engine as the unit of deployment provides sysadmins flexibility in where workloads are running. Docker assists sysadmins deploy and initiate any app on any infrastructure rapidly and reliably.

The fee for Docker Training in Chennai is moderate and can be paid in a couple of installments. Are you having any concerns regarding the course time, place and duration? Then contact our technical team for further assistance.

Our excellent course curriculum has been framed such that the participants can get assistance with more material in less time. It is designed according to the industry standards. We also ensure that is the latest and best.

Contributing to the ecosystem 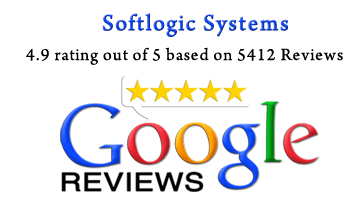 Personally, Android was not my strongest subject, and I needed some coaching to get this done right. Enrolled into the Softlogic’s Android class, this was the best thing that could happen to me professionally. Wonderful and excellent training by this IT institute! Totally recommend the Softlogic.

Excellent coaching centre to do DevOps Course in Chennai! I am amazed at the level of dedication brings to the training schedule! Nothing can express the enormous satisfaction in choosing Softlogic for my DevOps Architect Training! Great trainers and very nice training atmosphere.

Good technical training and gained more knowledge in technical aspects. I thank all my trainers for making me equipped with technical and communication skills. I got placed in an MNC company through Softlogic. Thanks to the Placement Team.